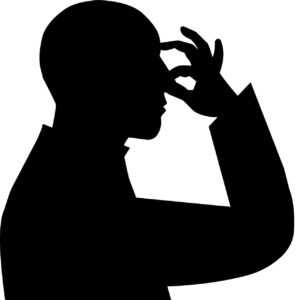 I was sitting at a table in the Aria poker room, playing Pot Limit Omaha. Wherever I play, I like to talk with the others at the table, because poker should always be a social game. If everyone’s serious and silent, it can be deadly boring.

Fortunately, I had a woman from southern California next to me who happily engaged in conversation. She was originally from Nova Scotia, which my wife had expressed interest in visiting, so I asked for suggestions of things to do and places to go. She gave me a few, and we moved on to discuss other places in the world we had each visited as well as several other subjects. We also commiserated because we both were having a bad poker session, bleeding chips slowly but surely. So, the distraction helped as we folded hand after hand.

After an hour or so, a player at the other end of the table left, and my conversation partner decided to change seats, hoping she’d have better luck there. When she moved, a new player came to the table — a guy in a wheelchair with hair that was, at best, unkempt. As he put his chips on the table, I said hello, and he smiled back.

That’s when it hit me. The overwhelming stench of body odor, and it could only be emanating from one place. I understand how difficult it can be to shower or bathe when you don’t have the use of your legs, and I sympathize. But the scent was unrelenting. I actually put my hand up to my nose to block the nostril on his side and started inhaling less often.

As I did so, I pondered my options. If this were an able-bodied person, I might have gone to a floor supervisor to ask them to do something about the foul air offender — and maybe they would have taken him aside and told him to come back when he’d cleaned up. Maybe.

But the fact that this guy was in a wheelchair changed the dynamic in my mind. As much as I knew he deserved to be treated like everyone else, trying to get him removed from the table seemed like crossing a line. Even if I did say something, the floor supervisor was unlikely to take action for exactly the same reason.

It was more than a little awkward. A few minutes after this new player arrived, it was time for a dealer change, and when the new one sat down, she sniffed, scrunched up her nose, and looked at me. I leaned over and said it wasn’t me, but she still slid her chair an inch or two the other way.

For the next fifteen minutes, I didn’t play a hand (not that I was dealt anything worthwhile), and every time I pushed my cards in, I pushed my chair back as far as I could. But no distance was enough to escape the noxious aroma equivalent of Pig-Pen’s dirt cloud.

Finally, I got some relief. This table was a must-move game, meaning there was a main game each of us would be moved to when a seat opened up there. It’s a common practice in almost every poker room, designed to keep the main game as full as possible while new players start out at the bottom of the list on the must-move table. I’d been playing long enough to rise to the top of the list, so I was told it was my turn to move.

I’ve never gathered up my chips and gotten away faster in my life. As I looked back, I noticed the guy in the wheelchair move into the space I’d vacated right next to the dealer. I felt sorry for her, but at least I could inhale through both nostrils.

What would you have done?