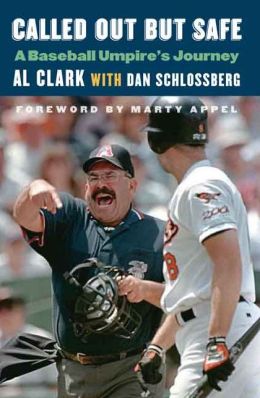 Al Clark was a Major League Baseball umpire for a quarter-century, and writes about his career in “Called Out But Safe.” When he joined me on KTRS, we talked about some of his memorable games, including the earthquake during the 1989 World Series, Cal Ripken breaking Lou Gehrig’s iron man streak, and dealing with loudmouth managers like Earl Weaver and Billy Martin. We also discussed the incidents that led to MLB firing him in 2001, and what it was like on the rare occasions he got to work in Busch Stadium.

Clark will appear at the St. Louis Jewish Book Festival on November 12th, 2014.