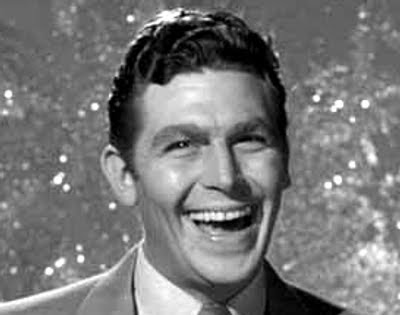 With the news that Andy Griffith has died, everyone’s talking about his stint as sheriff of Mayberry and as Matlock. But as I did two years ago, when Patricia Neal died, I urge you instead to go back and watch “A Face In The Crowd” (TCM will air it on July 18th, 7pm CT).

That’s the 1957 movie in which Neal plays a TV producer who finds a loudmouth small-town drunk (Andy Griffith as Lonesome Rhodes) and turns him into a star by putting him in front of a camera and letting him spout off about everything, including politics. It doesn’t matter whether he’s right or wrong, as long as he’s a rabble-rouser and the ratings keep rising. The formula for success: speak in the simplest possible terms, express anger over everything, and always be loud.

Nothing like that could happen today, of course, unless you were looking for the host of a primetime show on a cable news channel.