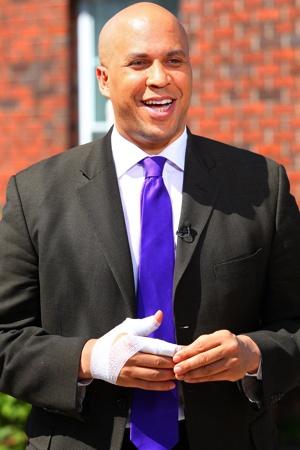 Two things came to my mind this weekend when I heard the Cory Booker fire rescue story.

My first thought was that I admire the man for doing something I like to think I’d be brave enough to do — run into a burning building and carry a woman out on my shoulder — but have to admit I probably wouldn’t be.

My second thought was that this should pretty much seal his re-election as mayor of Newark. For life.  How do you run against a guy who saved a citizen from a fire?  What kind of negative ad can you run against him? I can see him at a debate:

“Yes, I’ll get to your question about crime and the municipal tax code in a moment, but first, I’d like to see a show of hands of which of my opponents has risked death to save a constituent from being roasted to death.  Oh, I’m the only one?  Okay.  Now, what was the question?”