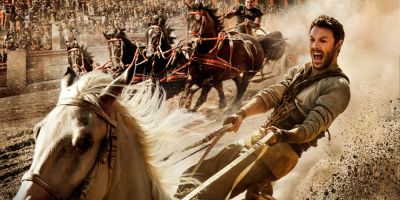 The “Ben-Hur” kinda-remake was a huge bomb this weekend. It cost $100 million to make (not counting marketing) and brought in only $11.4 million over the last three days. Part of the reason: no one has ever claimed the Charlton Heston original was a classic, save for the chariot race scene. You’d be hard pressed to find anyone who can tell you anything about that version, so re-doing it with some CGI magic made no sense.

Chalk it up as yet another failed remake from a creatively-challenged Hollywood. Other big-budget bombs from this year include “Alice Through The Looking Glass,” “The Huntsman: Winter’s War,” “Zoolander 2,” “Neighbors 2,” and “Teenage Mutant Ninja Turtles 2.”

As a moviegoer, you were much better going to see some of the truly original movies that came out in the last three months, like “Captain Fantastic,” “The Infiltrator,” “The Shallows,” “Money Monster,” “Weiner,” and “Sing Street.” If you missed them in theaters, add them to your Netflix queue or Amazon Prime wishlist when they start streaming this fall.