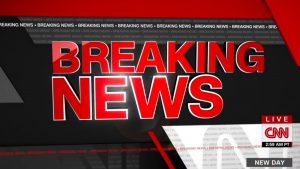 I was going to write a piece about why efforts by CNN’s new owners to make the network more “centrist” were doomed to fail, but Kurt Bardella beat me to it:

It seems the “most trusted name in news” is eager to pander to a political party that’s completely detached from reality, whose elected officials have declared war on truth and fact and promoted lies about everything from a free and fair election to a deadly pandemic.

Setting all of that aside, I keep coming back to the question, why? What’s the prize for CNN?

Does the network really believe the MAGA cult will start liking Don Lemon or Jake Tapper if they have more Trumpers on their shows? Do they think the MAGA cult will stop attacking them and calling them “fake news” if Jim Jordan and Ted Cruz started appearing regularly on their broadcasts? Do they think those who worship Trump will change the channel from Fox “News” or Steve Bannon’s podcast to start watching CNN regularly?

I’d hate to burst CNN’s bubble, but there is no universe in which any of those things will happen. The network could have a MAGA Republican on every show and the MAGA crowd would still trash it. CNN could have the most ardent Trump defenders on every panel and they would still paint it as the enemy. The proof is there. Despite employing McEnany, Lewandowski, Miller and friends, the attacks against CNN led by Trump only intensified as the years went on.