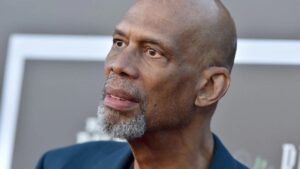 After the elections last week, Trump has lost considerable power among conservatives who are marching on Mar-a-Lago with sharpened pitchforks and flaming torches. All his old pals at the New York Post, The Wall Street Journal, and Fox News are referring to him as a toxic loser who must be thrown overboard from the Republican super yacht. It’s one thing to be a grifter exploiting and lying to people—that’s been the GOP playbook—but it’s unforgivable to not be successful at it.

Even his old buddy Piers Morgan has written Trump out of his will: “[L]ast night’s biggest loser was the permanently whining, fuming former president, and he has only himself to blame. Make no mistake, these results represent a crushing political smackdown for Trump…. If they want to win in 2024, it’s time the GOP dumped Trump the Grump.”

Of course, their abandoning Trump didn’t come when he was lying to the public about how dangerous COVID-19 was, or when he was accused of sexual assault by 26 women, or when he encouraged an armed attack on the government, or when he lied about voter fraud, or when he tried to commit voter fraud. None of that mattered to his Republican supporters.

Can Trump read the writing on the wall? Doubtful. He’s always been more interested in banning books than reading them.