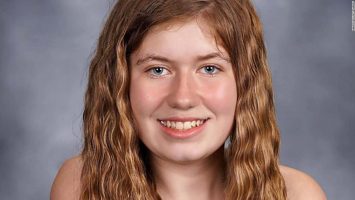 As Benjamin Radford writes, psychics were absolutely no help in finding Wisconsin teen Jayme Closs — just as they’ve failed in every previous case.

Closs joins other high-profile missing persons including Elizabeth Smart and Jaycee Dugard. Elizabeth Smart was kidnapped from her Salt Lake City home in 2002 and held captive for nine months by a husband and wife. Jaycee Dugard was kidnapped in 1991 and held for eighteen years before being discovered in a virtual prison in the back yard of a couple’s home in California.

The cases are similar, but Closs, Smart, and Dugard have something else in common (and with other missing persons including Natalee Holloway, Laci Peterson, Chandra Levy, and many others): Hundreds of psychics gave information about their location while they were missing—and every single psychic turned out to be completely wrong.

Over 1,000 psychics (some of them with national profiles, including Allison DuBois, inspiration for the hit NBC TV show Medium) gave information they claimed would locate Elizabeth Smart. Tragically, none of it led to her rescue; she was recovered because a couple recognized her on a city street and called police.

There are thousands of self-proclaimed psychics and psychic detectives in the world who claim to be able to find missing persons. Some are rich and famous, such as John Edward, DuBois, Noreen Renier, and Carla Baron. If they truly have the powers that they claim, why do we see horrific cases like those of Closs, Smart, and Dugard? Why aren’t psychics leading police to rescue these innocent young victims within hours or days of their abductions?

If only the media would stop promoting the harmful nonsense of these con artists. Read Radford’s full piece here.