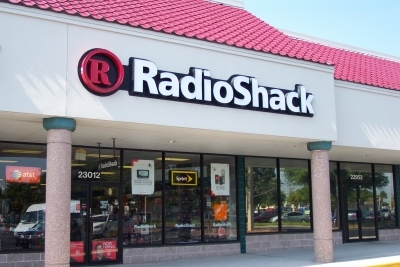 I’ve always felt sorry for Radio Shack employees. On the rare occasions I’ve been in one of their stores — almost always to buy an audio cable for my home studio — they have seemed bored out of their minds, as if my merely walking in the door had changed their day for the better, right up until the point where my purchase only totaled a few dollars and they realized their sales commissions were going to be pitifully low again that week.

I don’t know anyone who, in the last two decades, has gone into Radio Shack to buy a Direct TV system or a cell phone or anything else that cost more than a few bucks. As I explained earlier this year, I did once make a big purchase there — my very first PC, a Tandy 1000, in January 1986. At the time, there weren’t a lot of places you could buy a home computer, but my reasoning for getting mine at Radio Shack was that, in my business, I might be moving around the country, and if my computer needed repairs, I’d always be able to find a Radio Shack store. In fact, that Tandy (laughably slow compared to every electronic device you own now) turned out to be a very reliable PC that never broke down.

In repeated failed attempts to bring in more customers, Radio Shack has tried to re-brand itself in recent years, even at one point referring to itself in commercials as “The Shack,” a nickname that caught on with exactly no one. Despite those efforts, foot traffic in the stores remained pathetically low — usually at most a single customer and the sole employee, wearing a name tag saying they were the assistant manager (which probably meant they’d worked there longer than the other people who quit after their first day).

So, what was it like to work for Radio Shack? Read this piece by former employee Jon Bois to discover The Shack’s particular brand of on-the-job hell. He wrote it last week, before Thanksgiving — the day many Radio Shack staffers had to give up their family holiday to stand around doing nothing for a company that treated them like crap.