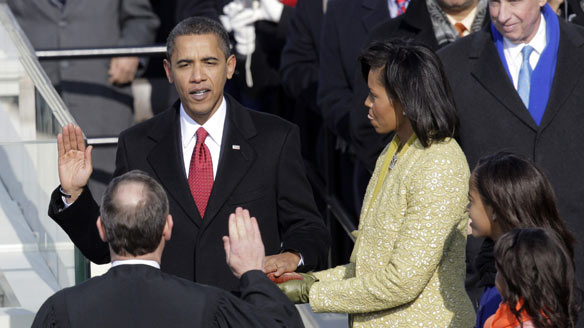 As Chief Justice of the US Supreme Court, John Roberts had just one thing to do today — administer the oath of office to President Barack Obama — and he blew it, mixing up some of the words.

The oath contains exactly 35 words, which Roberts should have been able to memorize. A friend suggested to me this afternoon that he was nervous, but that’s no excuse. This is the top guy in the US judicial system, the most important jurist in the land, not some 17 year old high schooler singing the opening song from “Oklahoma” in the school play (and getting it wrong: “Oh, what a morningful beauty…”).

The irony is that Obama’s oath, delivered correctly, would have become one of the most valuable pieces of audio in presidential history, replayed hundreds of times today and millions of times in the years to come. Instead, it’s a blooper.