Chanting and Believing Do Not Equal Winning 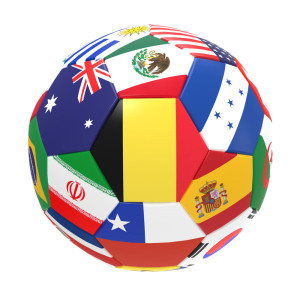 Once again today, Americans will pretend that they love soccer because the US is playing Belgium in the World Cup. As I wrote last week, this is only a temporary infatuation, but that doesn’t excuse some of the nonsense.

Here’s an example: Thursday morning, before the US played Germany, Jurgen
Klinsmann, head coach of the US Men’s National Team, posted a note on social media that you could give your boss…

“Please excuse ___  from work on
Thursday, June 26th. I understand that this absence may reduce the
productivity of your workplace, but I can assure you that it is for an
important cause. The USMNT has a critical World Cup game vs. Germany and we
will need the full support of the nation if we are going to advance to the next
round. By the way, you should act like a good leader and take the day off as
well. Go USA!”

It was a cute piece of promotion but, of course, the “full support of the nation” had no influence on the outcome of the game — which, by the way, the US lost but still advanced to the next round. If you’re in the stadium cheering on your team, that enthusiasm can pump up the players. But giving your full support from your office cubicle or any other venue has no relation to what happens on the field.

Similarly there was no impact on the score by all those people watching in bars and chanting, “I
believe that we will win!!” They should have been chanting, “I believe that we might not win but it’s okay as long as Portugal doesn’t out-score Ghana by five goals, allowing us to move on in the tournament that I don’t understand but everyone else is saying something in unison so I’m joining in!!”

Belief has nothing to do with results. If it did, all those people who buy Powerball tickets every week believing they’re going to win would be multi-billionaires by now.