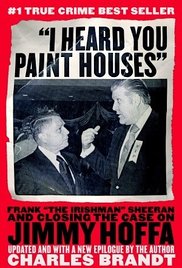 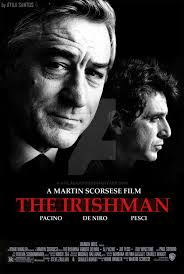 Martin Scorsese’s new movie is “The Irishman,” starring Robert DeNiro and Al Pacino, as well as lots of other names you’ll recognize (Joe Pesci, Anna Paquin, Bobby Cannavale, Jesse Plemons, Harvey Keitel, and Ray Romano). It will be open in theaters Friday and then begin streaming on Netflix on November 27th.

It is based on Charles Brandt’s book, “I Heard You Paint Houses,” about Frank Sheehan, a mafia hitman who was involved in the death of Jimmy Hoffa. On November 16, 2017, I had Brandt on my radio show to explain how he got Sheehan to reveal his secrets, whether he was ever afraid of mob reprisals, and what happened to Hoffa’s body (spoiler: it’s not under Giants Stadium). As you’ll hear, Brandt is a helluva storyteller.