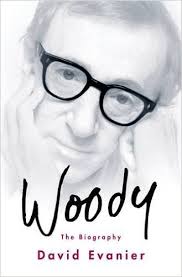 Over the last few weeks, several actors and actresses who have appeared in Woody Allen movies (e.g. Joaquin Phoenix, Colin Firth, Natalie Portman, Rebecca Hall, Greta Gerwig, Rachel Brosnahan, Ellen Page, and Mira Sorvino) have made public proclamations of regret in an attempt to distance themselves from the filmmaker.

The reason? The continuing claims by Dylan Farrow that Allen sexually assaulted her in 1992, when she was 7 years old. Allen has always denied the assertions, claiming that his ex, Mia Farrow, had coached Dylan into making the allegations because the adults were going through a messy separation.

To discuss this matter, I invited David Evanier, author of “Woody: The Biography,” to return to my radio show to explain why he thinks those celebrities are acting out of ignorance, why he doesn’t believe Dylan, and why he thinks Mia was the abuser in the household.