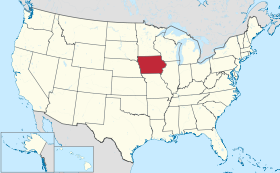 One week from today, the first votes of the 2016 presidential election season will finally be cast when Iowans gather for their caucuses.

The whole caucus idea is old-fashioned and silly. Almost everywhere else in America, we vote by secret ballot — no one knows who you choose because your name isn’t directly associated with your political choice. But in Iowa, people gather at Jeannie’s house for a pot luck dinner (she makes a mean seven-layer bean dip!), then raise their hands to indicate their preference (does anyone make sure no one’s raising both hands for their candidate?).

In a busy world, very few of us would take part in such a process. We want to drive to the polling place, cast our ballot, and go on with our day — not be forced to spend an evening filled with political dialogues and demagogues. That’s why, despite the nonstop hype in the weeks beforehand, only one in six Iowans bothers to show up for the caucuses.

The caucus concept is far too informal considering the weight given to Iowa in the weeks leading up to the not-so-big day by all the media outlets that don’t mention how unlike America the Hawkeye State is. It is overwhelmingly white (as is New Hampshire, which comes next on the presidential election calendar). Iowa grows so much corn that candidates must take the ethanol pledge every four years or lose large swaths of votes — even now that we know what a boondoggle the ethanol mandate is. And there’s no correlation between the candidates Iowans choose and those who go on to win their party’s nomination.

For example, in 1980, Iowa Republicans chose George HW Bush, but Ronald Reagan became the nominee. In 1988, they chose Bob Dole, followed by Pat Robertson, rather than Bush — who was not only the eventual winner but also the sitting Vice President. More recently, Iowans picked Mike Huckabee in 2008 and Rick Santorum in 2012, clear evidence that GOP voters in that state were turning even further to the extreme right.

How did those campaigns work out?

On the Democrats side, in 1992, Iowans went overwhelmingly (76%) for their own senator, Tom Harkin, with just 3% choosing the man who would not only be the party’s nominee, but popular enough in the rest of the country to become a two-term president: Bill Clinton. Four years earlier, they chose Richard Gephardt, not Michael Dukakis. At least that’s better than 1972 and 1976, when “uncommitted” was the top choice of Iowa Democrats.

Who shows up to vote for no one? Must be the same people who choose “no opinion” when they voluntarily click on an internet poll, while most of the rest of us would simply ignore the question.

But at least next Monday, there will be actual votes to count, followed by pundits galore not explaining how little it means, before the hype kicks in for the New Hampshire primary one week later. And I still won’t believe anyone who thinks they can predict, based on Iowa alone, whose names will be on the final presidential ballots in November.