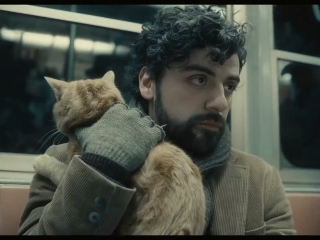 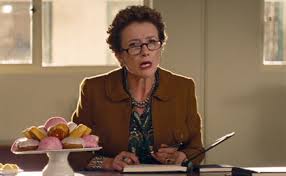 Two recent movies have garnered a lot of praise but turned me off because their main characters are anti-social jerks I did not want to spend time with and whose stories didn’t touch me.

First is the latest from the Coen brothers, who can make great movies (“Fargo”), terrible movies (“Burn After Reading”), and movies that need subtitles so you can understand Jeff Bridges’ mumbling (“True Grit”).

“Inside Llewyn Davis” is about an unlikable folk singer in the early 1960s who has some talent, but not as much as he and the Coens believe. When the movie is over, you can’t remember a single song of his. If you saw Davis perform in a club, you wouldn’t think, “This guy is clever and deserves to be famous.” Instead you’d think, “When is open-mike night going to be over?”

Because he’s not that good, he has no money and no home, so he sleeps on friends’ couches and acts like a pain in the ass. He’s a bitter loser who doesn’t do anything redeeming throughout the entire movie. Worse, he doesn’t do anything interesting — for long stretches. We see him drinking coffee, riding the subway holding a friend’s cat (don’t ask), and driving to and from Chicago for what seems like several hours. Meanwhile, he’s petulant and boring and has nothing original to say in his music.

Why would I want to spend two hours with him, let alone watching his story unfold?

I grew up with folk music, played it on the guitar as a kid, learned about many of the people who made the form an important part of music history, sang folk songs with my parents, and taught them to my daughter. If you want to see a great movie about folksingers, instead of “Inside Llewyn Davis,” get the documentary “Wasn’t That A Time,” about The Weavers (Pete Seeger, Ronnie Gilbert, Lee Hays, Fred Hellerman). They went through some tough times — like being blacklisted in the McCarthy era — but still influenced a generation of songwriters, performers, and activists through their music and message. 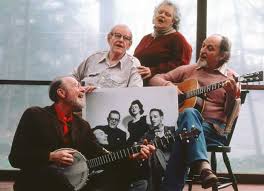 The other movie is “Saving Mr. Banks,” about Walt Disney trying to convince P.L. Travers, the woman who wrote the “Mary Poppins” books, to let him turn them into a movie. Since it’s a Disney production, you know he and the company aren’t going to look bad on the screen (which is why he’s played by America’s most lovable actor, Tom Hanks). I have to admit an anti-Disney bias, in that I have never been — and will never go — to DisneyWorld, was never a Mickey Mouse fan (the Warner Brothers’ Looney Tunes cartoons were always much more clever and entertaining), deplored his anti-Semitic and misogynistic practices, and think most of the movies for which he’s most famous are treacle. Apparently, Meryl Streep agrees with me.

But my real problem with “Saving Mr. Banks” is that once again, the protagonist — Travers, played by Emma Thompson — is an incredibly unlikable person. She’s beyond rude to every single person she deals with, from a flight attendant to a chauffeur to the screenwriter to the songwriting Sherman Brothers. She doesn’t like anyone or anything.

The movie tries to explain through a series of flashbacks that she became such a bitter person because she grew up in Australia with an alcoholic father. He was not the beat-your-kid kind of drunk (this is a Disney movie, after all), but the kind of dad who loved spending time with his daughter, telling her stories, sparking her imagination, and going for long rides on horseback. But his love of booze cost him his job and eventually his life, and that turned little Pam into a horrible woman who can’t get along with anyone.

Again, why would I want to spend any time with this person, and why does everyone put up with her obnoxiousness? Disney, of course, just wants her to sign over the rights, so there’s some sucking-up to be done, but at no point does anyone confront her about her complete lack of interpersonal skills.

I’m not saying that every protagonist has to be a nice and good person — anyone who watched every hour of “Breaking Bad” or “The Sopranos” knows that — but they have to give me some reason to care about them, to root for them, to be invested in their success, even when they’re evil. But when the characters are nothing but insufferable, surly, ungracious jerks, there aren’t enough spoonfuls of sugar to make me swallow them.