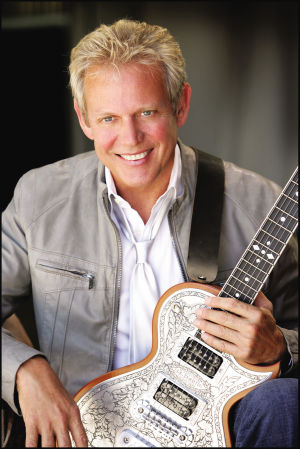 Don Felder was one of The Eagles’ lead guitarists for 27 years before they went their separate ways in 2000. Since then, he’s pursued a solo career, and has just re-released his second solo album, “Road To Forever.” He’ll kick off the Soundtrack Of Summer tour with Styx and Foreigner on May 14th.

On my America Weekend show, Don explained why he’s enjoying being back on the road without all the tension of his final years with The Eagles. Since one of his most famous songs is “Hotel California,” I asked him about the version he created with the flamenco guitar intro when the band reunited in 1994 for the “Hell Freezes Over” concert on MTV. He also talked about his early days in Gainesville, Florida, forming a band with Stephen Stills, teaching Tom Petty how to play guitar, and learning how to play slide guitar from Duane Allman.