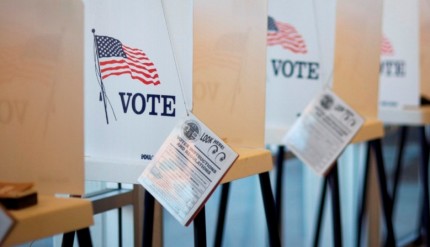 Because the GOP is having its first big debate tonight, every media outlet keeps reporting that Donald Trump is ahead in every poll. What they don’t say is that, because voters aren’t paying attention yet (and won’t until the new year begins, at the earliest), presidential campaign polls at this point are not a valid indicator of who will be our next president — let alone the nominee of each party.

In August 2007, every single poll showed that Hillary Clinton was ahead. Not one of them had Barack Obama in the lead until six months later. On the Republican side, pollsters were sure it was going to be Rudy Giuliani or Fred Thompson. John McCain wasn’t the top pick until, again, February 2008.

Can anyone cite a poll done in August 1999 that predicted George W. Bush would be the nominee and defeat Al Gore by an Electoral College squeaker in 2000? Or from 1991 that predicted Bill Clinton’s win in 1992? Perhaps we should go back in history and ask other candidates who were leading in the polls 15 months before the election, such as presidents Gary Hart and Mario Cuomo.

Unfortunately, the media will continue to breathlessly report the results of every poll because they are much more interested in the horse race, the gaffes, and the numerical impact of every dumb remark candidates makes than in analyzing the issues and fact-checking the claims of the presidential wannabes.

While I’m on the subject, did you know that election day was this week? Yes, in the city of St. Louis and some other municipalities, there was an election on Tuesday (August 4th). In each case, there was only one issue on the ballot, such as the bond issue that would have raised $180 million to fix our crumbling infrastructure. It lost for two reasons: 1) people are short-sighted and don’t understand the need to fix streets, bridges, and buildings long-term; and 2) only 7% of eligible voters showed up to cast a ballot.

Why? Because no one knew they were supposed to vote that day! I consider myself a pretty well-informed person, but if I hadn’t been doing a morning radio show this week, and therefore paying extra close attention to what was going on, I wouldn’t have known the polls were open or what was on the ballot.

If you ask any American when election day is, 99%+ will tell you it’s in November. That’s when we’re attuned to politicians and special interest groups trying to get our attention to vote their way by running campaign commercials on radio and TV ad nauseum. Nobody is thinking about that in the middle of the summer.

Other than presidential primaries, which by definition have to be earlier in the year than the general election, we should never be called upon to vote on anything on any day other than that Tuesday in November. It’s hard enough to get people to the polls every four years when the presidency is up for grabs, but in the odd years when there’s little else to consider, officials should do all they can do avoid premature elections.