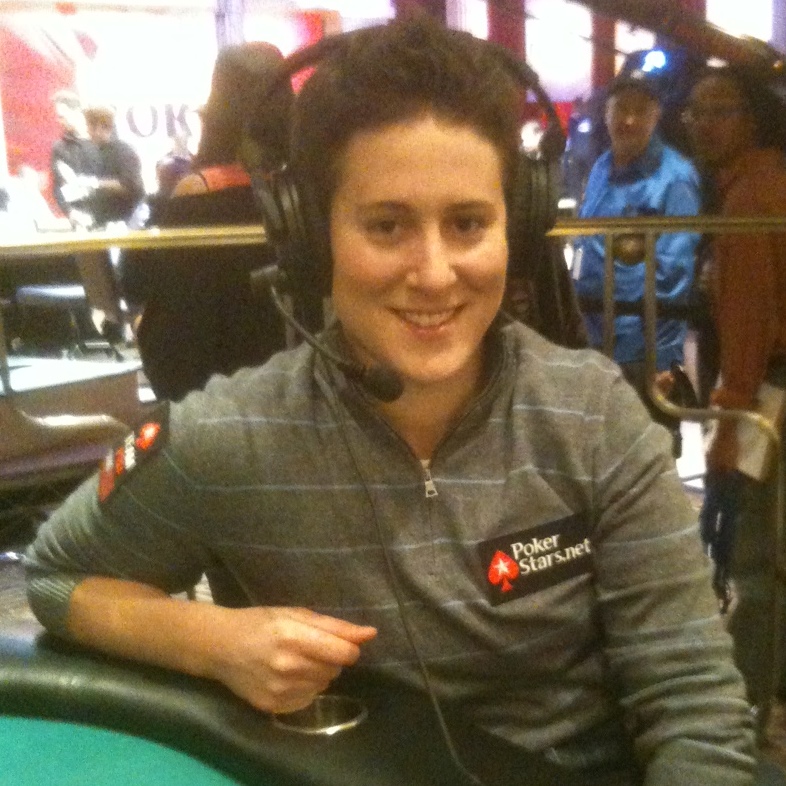 Today on The Final Table radio show, we continued our coverage of the NBC National Heads-Up Poker Championship at Caesar’s Palace in Las Vegas. Dennis talked about his victory over Erick Lindgren in round 1, and then his loss to Doyle Brunson in round 2, including the strategy behind the way he played two hands against the poker legend. And we congratulated winner Erik Seidel, who has won over $4.3 million this year alone, and runner-up Chris Moneymaker, who’s been on a hot streak of his own since January.

In our first guest segment, we talked with Phil Galfond, just minutes before he played Joe Hachem heads-up — and were surprised when Joe sat down and joined the conversation. The two of them discussed the differences between live and online play, the importance of having a group of friends to discuss strategies with, and why some online players struggle when they sit down in brick-and-mortar poker rooms.

Then we were joined by Vanessa Selbst, who had remarkable results in 2010 and recently played on “High Stakes Poker,” where she got into a controversial hand against millionaire amateur Phil Ruffin last week. We discussed that hand, her heads-up strategy, and more.

In case you missed it, we put out a special podcast-only bonus edition of The Final Table this weekend, with Gus Hansen, Faraz Jaka, and Barry Greenstein (all at the NBC Heads-Up). You can listen to that show here.

On a future show, we’ll bring you two more interviews we recorded this weekend — Peter Eastgate (in one of his first interviews since returning to poker) and Jason Alexander (yes, from Seinfeld). And if you missed my story about the wild poker night I had with a bunch of pros and media folks and a big bad beat, you can read that here.