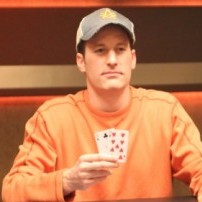 Today on The Final Table radio show, we broadcast live from the lobby of Harrah’s St. Louis, where the 2011 World Series Of Poker Circuit Event is taking place. It has already set records, with the two largest poker tournaments in Missouri history over the weekend and lots more action to come all week, leading up to the Main Event on Sunday.

Our first guest was Pat Walsh, the St. Louisan who recently won the $10,000 buy-in Big Event Shootout at the Bicycle Casino in Los Angeles. Pat is also one of the top pot-limit Omaha players in the country, so we discussed the high-stakes games he plays and how he learned PLO strategy.

Our second guest was Mori Eskandani, who produces more hours of televised poker every year than anyone else. We discussed the decision to replace Gabe Kaplan with Norm McDonald as host of “High Stakes Poker,” whether we’ll see any PLO on “Poker After Dark” this season, and the process for choosing the field of 64 players for the “NBC National Heads-Up Poker Championship” (which will air over six Sundays beginning April 17th).