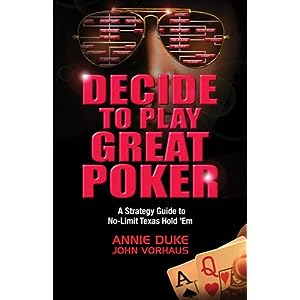 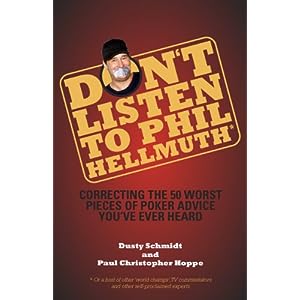 Today on The Final Table show, we talked with Annie Duke about the new professional poker players league that she is commissioner of, which last week announced the first 217 players who will be invited to take part in the league’s first season, beginning in August. She explained which pros have agreed to play in the inaugural tournaments, where the funding is coming for the league, whether they have a TV deal, and more. We also discussed a chapter in Annie’s new book, “Decide To Play Great Poker

,” where she talks about how much you should raise pre-flop in no-limit hold’em.

We also talked with Dusty Schmidt, author of “Don’t Listen To Phil Hellmuth

,” who has some ideas of his own about pre-flop raise sizes, as well as why “donk bets” aren’t always a bad idea, and how some very successful pros (e.g. Tom Dwan) have cultivated an image of crazy play but are really just playing great poker. Dusty also shared some ideas on how players and the poker industry need to work together to clean up the game’s image.