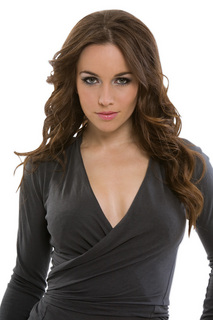 This week on my Final Table poker radio show, Dennis Phillips and I talked about a recent crackdown on online players using poker bots, including one guy who’s upset that he was thrown off one of the top sites, claiming that he’d done nothing wrong in using his own software to win $200,000+ from other players while his computer played with no hands-on assistance from him.

Our guest was Liv Boeree, who went from a college degree in astrophysics to modeling and co-hosting poker TV shows to life as a poker pro — and she’s done pretty well at it recently, winning the EPT San Remo event in the spring, cashing in three WSOP events this summer, two deep runs at the WSOPE in September, and a 2nd place finish at the EPT London earlier this month. We talked about a Discover magazine piece that profiles Liv and other poker-playing physicists, how she told her parents she was leaving science behind to play poker for a living, how she got her training in the game from Phil Hellmuth, Annie Duke, and Devilfish Ulliott, and the difference between US and European players. Liv also discussed how she uses her sex appeal at the table to gain an edge over male players, and her thoughts on getting more women to overcome intimidation and play the game.

We also discussed Howard Lederer’s blog on why Phil Ivey should not have been nominated for the Poker Hall Of Fame this year, the huge turnout for the main event and regional championship at the WSOP Circuit tournament at Horseshoe Hammond, and some poker TV news.