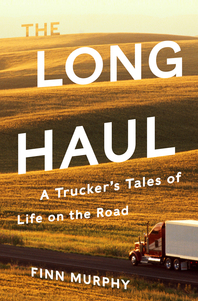 Finn Murphy’s job is to move people and their stuff — loading and unloading and carrying their belongings thousands of miles across the US, crisscrossing the country and encountering all sorts of characters, from clients to truckers to cops. He’s been doing it for over thirty years, and writes about his life in “The Long Haul: A Trucker’s Tales of Life on the Road.”

When he joined me on the air, we discussed: