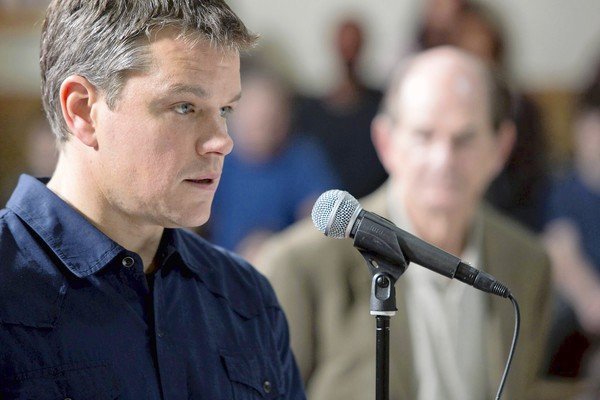 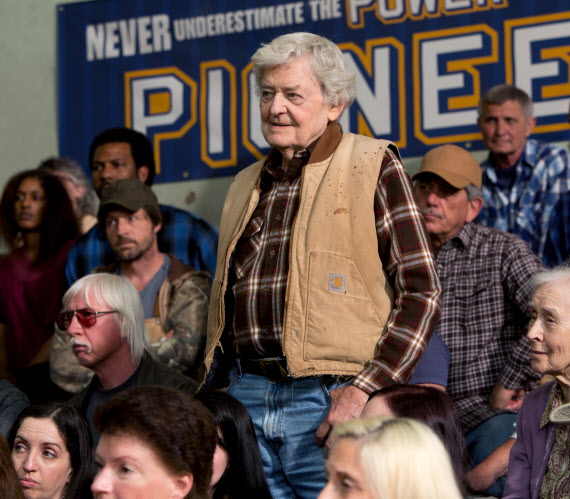 When I watch a movie, I’m willing to go along with whatever internal logic the plot requires.

Tell me an archaeologist is an expert with a whip, that’s fine. Tell me a venus fly-trap has an insatiable appetite for human blood, we’re good to go. Tell me a bomb will explode if the bus goes under 50mph, I’m hooked. Tell me a Delorean can be a time machine, I’m in.

It’s when a movie violates its own internal logic that it loses me.

Those faults usually fall into the category of Dead/Not Dead — “ET,” who is nearly extinguished because of some earth-borne organism, but returns to life when he turns on his “heartlight,” immediately healthy enough to escape, phone home, and return to space — but sometimes the logic is in a character acting exactly the opposite of how we’re told he or she would act.

In “Promised Land,” the new anti-fracking movie from Matt Damon and John Krasinski, the very first scene shows us what a hotshot natural-gas salesman Matt Damon is. In fact, he’s so good, that we witness a meeting with his boss in which he’s likely to get a promotion to Vice President of the company. Then we see him return to the road with Frances MacDormand as his partner in convincing Pennsylvania farmers to sell the drilling rights on their farmland to Global, the big energy conglomerate that Matt and Frances represent.  However, they meet resistance in the town, mostly in the form of Hal Holbrook, an old science teacher who is concerned with what fracking does to the environment by poisoning the underground water table.

Holbrook offers his opposition at a public forum, where Damon is supposed to bowl everyone over with his brilliant oratory. But instead, this genius of a salesman crumbles at the mildest of Holbrook’s objections, unable to come up with a rebuttal nor change the subject in his favor.

This is the best guy the energy company has?  From that point on, Damon is determined to win over the town, but stumbles at nearly every opportunity, seeming less like a rising star and more like a guy barely holding onto his job. We’re supposed to believe he’s being changed by the town, and by his too-cute friendship with a local teacher (Rosemarie Dewitt), but it’s not authentic.

Nor is it original for anyone who saw the 1983 movie, “Local Hero,” starring Burt Lancaster as an oil tycoon and Peter Reigert as the up-and-comer he sends to a small Scottish town to convince them to allow him to drill there. Here’s the synopsis from Netflix:

In this good-natured fish-out-of-water comedy, disenchanted Texas oil tycoon Felix Happer (Burt Lancaster) sets out to buy an entire Scottish town in order to drill offshore. When one curmudgeon stands in his way — he refuses to sell his precious beach — Happer calls off his negotiating dogs and visits the town himself to finish the deal. Of course, it’s not long before the quirky, small-town vibe works its magic on this cynical outsider.

Not only is “Local Hero” a funnier, quirkier movie, it also adhered to its own internal logic.