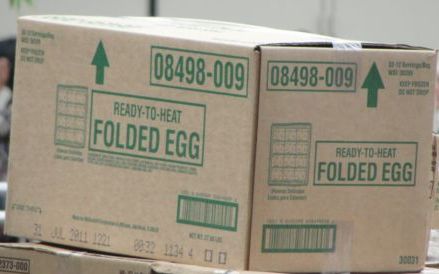 I’ve been thinking about eggs since hearing McDonald’s announce that it will now serve breakfast all day.

When I worked at the Golden Arches in 1976, breakfast seemed like the healthiest thing the restaurant offered. We used real eggs to make McMuffins and scrambled eggs, and the pancake mix wasn’t much different than the powdered stuff you’d find in a box of Bisquick. Sure, the hash browns went into the same vat of hot oil as the french fries and apple pies, but if you came in and wanted eggs, we were cracking and cooking them fresh all morning long.

If you go into a McDonald’s today, the only product made with a freshly cracked egg is the McMuffin. The scrambled eggs are made from eggs cracked somewhere else and then shipped liquid to the store in large containers. And when you order a bacon/egg/cheese biscuit or a sausage/egg breakfast burrito, you’re getting eggs that were not only cracked but cooked somewhere else, then flash-frozen before being delivered to the restaurant in a package like this: 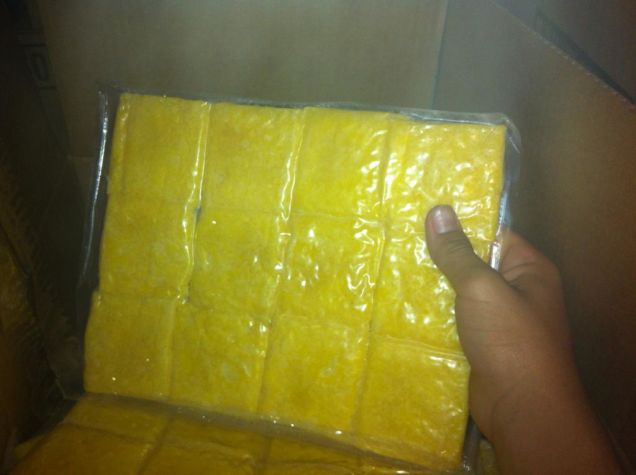 Eggs should never be frozen, unless they’re being saved for an in vitro fertilization procedure. And they should never be microwaved. That’s why I won’t order an egg sandwich at Panera/St. Louis Bread Company or Einstein’s Bagels or Subway or anywhere else it’s clear they’re not cooking them to order for me. I don’t want reheated eggs. I want them minutes after they’ve left the shell and hit the heat.

Here’s a little secret. You can’t get freshly cooked eggs at the other establishments I mentioned (or any other casual/fast food place that doesn’t have a griddle), but if you’re set on a bacon/egg/cheese biscuit at McDonald’s and don’t want the flash-frozen variety, you can request that your sandwich be made with a fresh egg. They already have them in the kitchen and will prepare one in a special metal ring (just like I used in 1976) designed to cook it in a round shape for a McMuffin, but they’ll put it on your biscuit. The receipt will even reflect your request:

I’m not sure how this will work in an all-day breakfast scenario. McDonald’s isn’t a diner set up to prepare individual dishes. It’s a factory with an assembly line. When I worked there, by the time the clock hit 10:30am, we were putting away all the breakfast materials because we needed the space in the kitchen and on the griddle for hamburgers and quarter-pounders (which, by the way, are also delivered to the store frozen in large boxes of hockey-puck-like meat discs). I won’t be surprised to hear that some McDonald’s franchisees struggle to fill those freshly-cooked round egg requests during lunch and dinnertime.