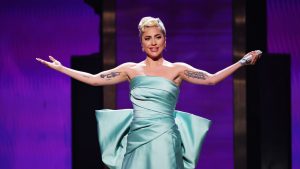 I see that Beanie Feldstein is going to leave the current Broadway production of “Funny Girl.” The negative reviews and poor box office couldn’t have helped.

The producers have hired Lea Michele to take over the role. I have no idea whether that will change the fate of the show, but there is a way to make it a must-see theatrical event.

Think of what Bette Midler’s presence did for a so-so revival of “Hello, Dolly!” Gaga wouldn’t be cheap, and she might not want to commit to a long run, but if you can sign her for even a few months, “Funny Girl” would be guaranteed to have standing room only every night.

That hasn’t happened since Barbra Streisand originated the role almost 60 years ago.