Get Out Of The Way 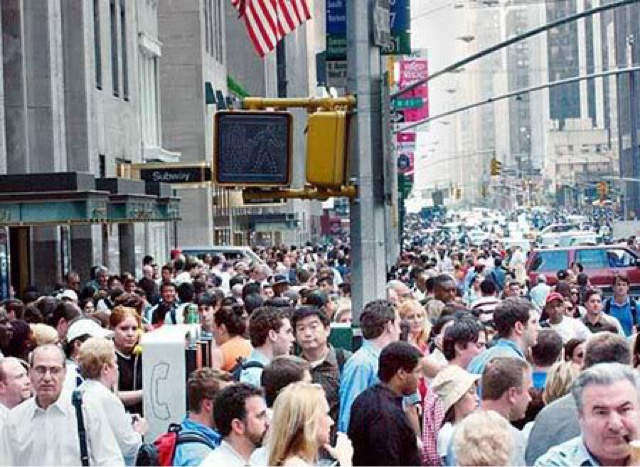 While visiting my daughter in New York, I became aware of an -ism that’s more prevalent than racism, sexism, and all the others combined. It is place-ism — utter and proper contempt of everyone in your way — and it can be applied to anyone of any race, gender, or creed.

You’re headed to work and someone has stopped in the middle of the sidewalk to have a conversation (either on the phone or with the person next to them), blocking your path. You’re on the subway and when the train arrives at your stop, you can’t exit because the people trying to enter are in front of the door. The same thing happens when you’re trying to get off an elevator — the inbounders don’t realize they can’t get on until you’ve vacated the space, but they stand there nonetheless, in the way.

Even if it’s for a few seconds, those moments add up, and when you’re in a busy city (any city, not just New York), you encounter far too many of them. There are the tourists who have to take a selfie in front of this landmark or that store. There are the drivers who “block the box” by pulling into an intersection as the light turns red, thus obstructing traffic from flowing through the perpendicular street. There are pedestrians who can’t wait for the walk sign to change before barging into the street — or crowding in from the sides — to further constrict the flow of vehicles. For every person shouting Ratso Rizzo’s “I’m walking here!” there’s a counterpart screaming, “I’m driving here!”

The problem is magnified by the cluelessness of the blockers. They don’t understand that they’re slowing you down on the way to a lunch date, a college class, a commuter train, etc. They’re so self-absorbed they don’t even budge for an ambulance or fire truck trying to get through the maelstrom — and those vehicles have a siren that’s essentially blaring “MOVE!!!”

My message is simple. In any urban setting, if you want to take a nice, leisurely stroll, go to a park. If you want to look up at the pretty architecture, step to the side. But if you’re in the midst of the herd trying to move its day along, get the hell out of the way!