Guardian Of The Golden Gate 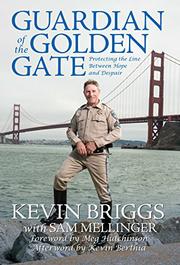 The Golden Gate Bridge is one of the most popular destinations for people who want to commit suicide. When Kevin Briggs was on duty with the California Highway Patrol, he was the guy called in to talk people into not jumping to their death, and earned the nickname Guardian Of The Golden Gate. He’s written about his experiences in a new book, and talked about them with me today.

I asked him how he convinced hundreds of people not to take the leap and, in the instances where he failed, whether he watched them all the way down to the water. We also talked about what the jumpers have in common, whether he’s heard from any of the survivors afterwards, and how much he revealed about himself in those conversations — some of which went on for hours.

Kevin Briggs will do a book signing at Barnes and Noble at St. Clair Square in Fairview Heights this Sunday (8/2) from Noon to 1:30pm.