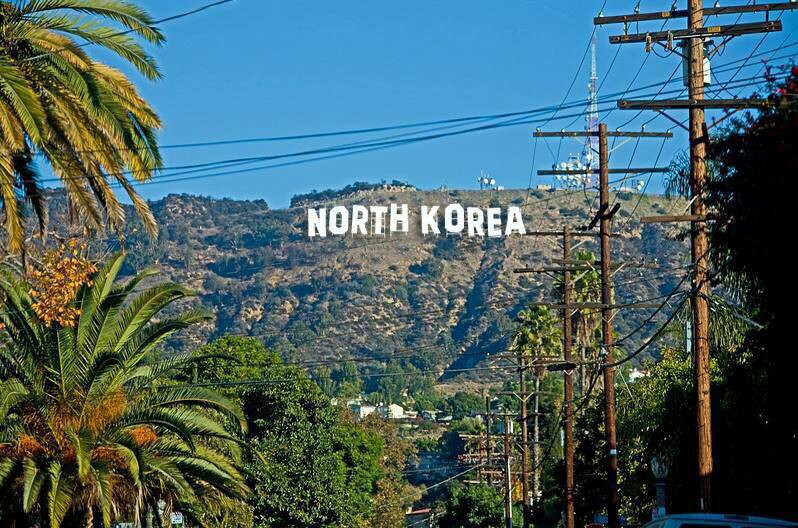 Random thoughts on Sony withdrawing “The Interview,” in light of threats by cyber-hackers who have already revealed the company’s embarrassing internal documents…

I didn’t get to see “The Interview” because the St. Louis press screening was scheduled for Thursday night, and the studio pulled it from release that morning, but based on reviews by critics who did see it, the world is not being robbed of an opportunity to see a masterpiece — “The Interview” seems to be a stinker. Still, Rogen and Franco have enough of a fan base that the studio probably would have made its money back.

One thing that’s a shame is that the movie had a nice juicy co-starring role for Lizzy Kaplan, who plays Virginia Johnson so well on Showtime’s “Masters of Sex.” I like Kaplan a lot — even when she has her clothes on — and hope she gets better roles in better movies, the kind that are actually projected onto large screens across the country.

Speaking of movie theaters, shouldn’t the outrage-osphere be more upset with them than with Sony? After all, the studio didn’t cancel the release of “The Interview” until the eight largest exhibition companies announced they wouldn’t show the movie. I know that the hackers threatened “9/11-style attacks” on any theater that did show it, but I’m not even sure what that means. Were the hackers going to hijack airplanes and fly them into a multiplex theaterplex? More likely, those companies (like Sony’s rival studios) are worried about being targeted by the cyber-extortionists.

Similarly, when President Obama says Sony “made a mistake…they should have called me first,” what was he going to tell them? It’s not like he can issue a presidential directive that movie theaters must show “The Interview.”

On “Meet The Press” this morning, Sony’s attorney David Boies told Chuck Todd, “Sony has been fighting to get this picture distributed. It will be distributed. What Sony is trying to do is to get the picture out to the public but at the same time to be sure the rights of its employees and the rights of the movie-going public are going to be protected.” What he couldn’t say was the public may be best served by keeping a bad movie under wraps.

Many celebrities expressed their outrage via Twitter, including business genius Mitt Romney, who tweeted, “Sony Pictures don’t cave, fight: release The Interview free online globally. Ask viewers for voluntary $5 contribution to fight Ebola.” Wrong on two counts, Mitt. First, Sony’s not in the business of producing $40 million movies to raise money for charity. Second, who would give their credit card information to a company that has proven itself vulnerable to hackers?

Speaking of money, all movies have insurance in the form of a completion bond, but I’m not sure whether Sony can collect on this one, since the movie was technically “completed,” but not released. There are dozens of movies every year that are deemed too bad to waste money on promotion and exhibition, and I’m sure they can’t ask the insurance company for their money back. What would the claim say — “Extensive financial loss to due to the movie sucking”? If it were possible to get that sort of insurance-based money-back guarantee, Rob Schneider would get a lot more movies financed.

Finally, Michael Moore has posted a funny list of things he wishes the Sony hackers had demanded.