How Turkeys Didn’t Fly on WKRP 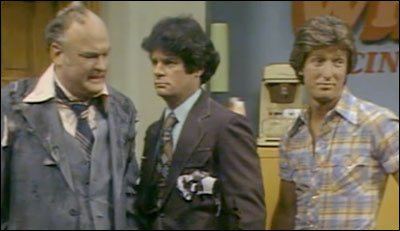 Last night, after all the Thanksgiving festivities were over, I sat down with my family to watch the classic “WKRP In Cincinnati” episode, “Turkeys Away,” in which bumbling station manager Arthur Carlson conceives one of the worst holiday promotions ever, culminating with one of television’s all-time final lines: “As God is my witness, I thought turkeys could fly!”

Here’s an oral history of that episode, as told by show creator Hugh Wilson, some of its stars, and one radio guy who actually did that promotion in real life.