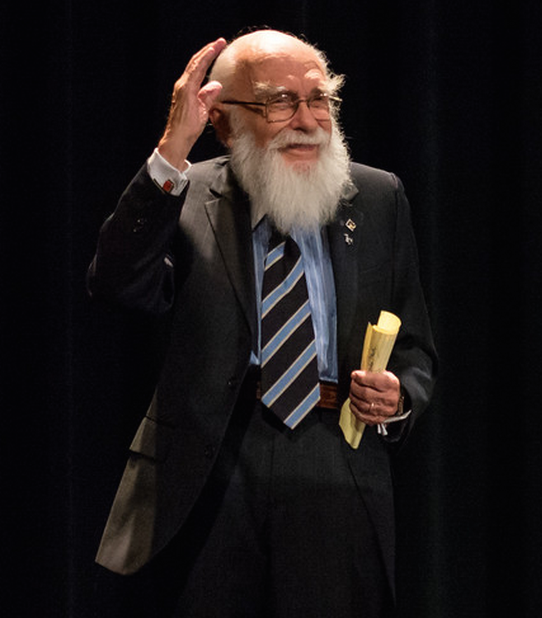 In an open letter on his website, he writes:

At 86 years of age, I feel that it’s now well time to officially retire, so I’m stepping down from my position with the JREF –- the James Randi Educational Foundation.


This doesn’t mean that I’m retiring from my battle against the so-­called psychics, faith healers, paranormalists, and the assorted frauds I’ve encountered in my worldwide wanderings. I’ll in no way relax the critical attention I’ve given to them over the last busy 73 years, I promise you. I’ll still lecture and write, here and abroad – but now on my own time – not on the exhausting schedule that I’ve had these past few years.

He has certainly earned it, but I worry that the JREF doesn’t have anyone to take his place. I don’t mean in running the foundation — Randi hasn’t done that hands-on job for several years — but being the public face of the world’s largest skeptical organization. There are plenty of other skeptics (from Adam Savage to Penn & Teller to Michael Shermer to Bill Nye to Jamy Ian Swiss), but none of them has enjoyed the global reputation Randi has for fighting back against the con artists who pretend to be psychic, or faith healers, or homeopaths, or inventors of bogus bomb-sniffing devices.

For decades, Randi has been a hero to me and lots of other people, many of whom have joined the skeptics movement in the last decade when they discovered The Amazing Meeting, read his books, or saw him in person. My wife and I have supported Randi since before he even founded the JREF, and hope that his important work continues long past his retirement. He says he’ll be at TAM this July, and I bet a lot of people who’ve thought about going in previous years — but haven’t — will want to be there for his swan song.

No, I’ll not yet hang up my cape nor sheathe my wand, be assured. I’ve still a few “tricks up my sleeve,” as they say, so stand back!