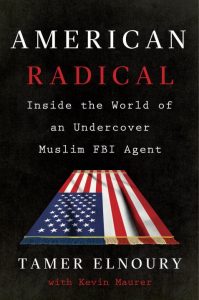 “American Radical” is the story of Tamer Elnoury, a Muslim FBI agent who went undercover to expose some radical jihadists who were planning to commit mayhem in the US and Canada. Since he has now moved on to other law enforcement business and is unavailable to discuss the book, I spoke with his co-author, Kevin Maurer, asking him: