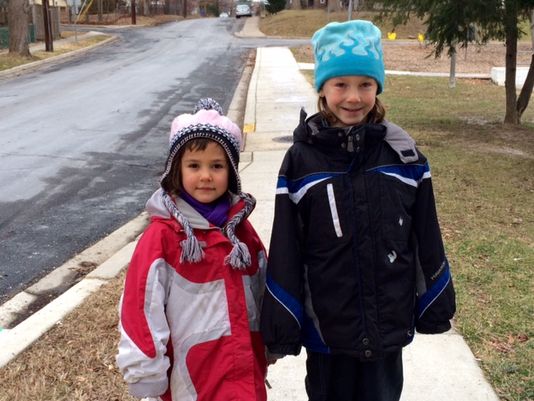 Imagine having some authority figure threaten to take away your children because you let them walk home from a park them themselves. It happened in the upscale DC suburb of Silver Spring, Maryland, and when I saw the story about the police stopping the kids — ten and six years old — and then the division of children protective services getting involved, I knew I had to call Lenore Skenazy again.

I’ve talked on the air with Lenore many times. She’s the woman behind Free Range Kids, and has a new TV show, “World’s Worst Mom,” debuting Thursday on the Discovery Life channel. Not only was she familiar with this story from suburban DC, but she’s been communicating with the mother, Danielle Meitiv.

These are smart parents — she’s a climate scientist, he’s a physicist — who have taught their kids about responsibility, risk, and how the world isn’t as dangerous a place as grown-ups make it out to be. There’s no evidence they’ve done anything wrong, yet they’re being treated like child abusers.

On my show, Lenore revealed what happened when the cops brought the kids home, how the Meitivs asserted their parental rights, and how the police and CPS personnel have overreacted. We also talked about “reality vs. hysteria” — how paranoia has caused parents to over-protect their children in a country where crimes against kids, including kidnapping, are at their lowest point ever (not that we should ever let the facts get in the way of some good old fashioned American fear-mongering).

We also talked about Lenore’s TV show, in which she gets incredibly over-protective parents to loosen the umbilical a little so that kids can do crazy stuff like go to the mall, ride a bike, or cut their own food with a knife. See a sample here.