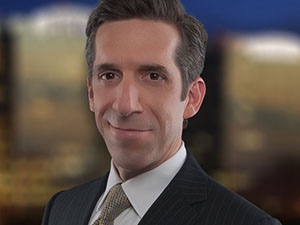 Mark Joyella has been a reporter and anchorman at stations in New York and Miami. Throughout his career, he never told anyone about his OCD for fear that it would cost him his job because of the stigma attached to mental illness. But recently, he wrote a piece entitled, “Screw Stigma, I’m Coming Out,” which led to my inviting him to discuss these issues on my America Weekend show.

With tens of millions of Americans dealing with brain chemistry problems, including those on Prozac, Xanax, and other medication, Mark and I talked about the discrimination that exists against those with mental health issues, despite laws like the Americans With Disabilities Act. I asked Mark if things have gotten any better since Tom Eagleton was deemed a bad choice as George McGovern’s running mate in 1972 because of his mental health history, which included electro-shock therapy. I also asked Mark why he describes himself as both a journalist and “crazy person” on his Twitter feed.