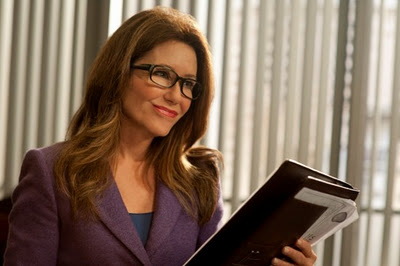 I have enjoyed Mary McDonnell’s work in several movies, from “Dances With Wolves” and “Passion Fish” (both of which earned her Oscar nominations) to “Sneakers” and “Blue Chips.” She has also done lots of television work, including her current TNT series, “Major Crimes,” which will air its summer finale Monday night.

When she joined me on America Weekend, I asked her whose idea it was to spin off her character from “The Closer” into her own series, whether working on cable means less ratings pressure and more creative freedom, and why she likes the pace of a weekly TV show. I also asked her about one of her co-stars in “Sneakers” (and it wasn’t Robert Redford, River Phoenix, Sidney Poitier, Dan Aykroyd, or David Straitharn).