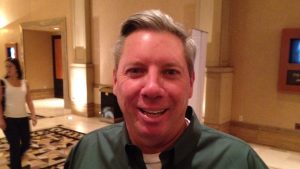 I’m saddened to hear of the death last night of Mike Sexton, who is in the Poker Hall Of Fame for his decades as the game’s ambassador, longtime play-by-play man for the World Poker Tour, and CEO of the online poker site Party Poker. He was two weeks short of his 73rd birthday when he succumbed to prostate cancer.

Mike was a guest on my radio shows many times, and I’ve linked to several of those conversations below. The last time we talked was on June 29, 2016, when he published his autobiography “Life’s A Gamble.” Among the topics we covered: