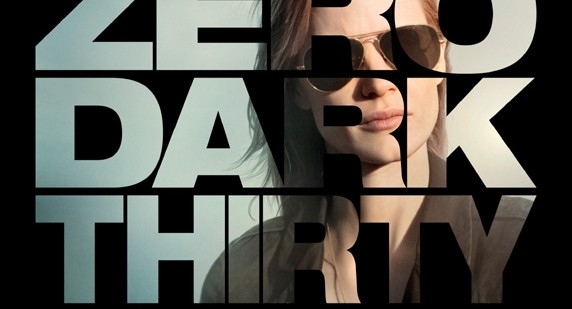 “Zero Dark Thirty” is a helluva movie, and I was happy to see it do big box office this weekend. But those who expect it to be all about the raid that ended in the death of Osama Bin Laden are going to be as disappointed as those who see “Flight” expecting it to be all about Denzel Washington landing a crippled plane. Both films are much more than that.

“Zero Dark Thirty” is more of a detective story, recounting the decade-long attempt to capture or kill those responsible for the attacks on 9/11, as told through the work of a single-minded CIA analyst named Maya. It is a saga well-told, and though we know how it ends — as we did with Paul Greengrass’ “United 93” and Ben Affleck’s “Argo” — director Kathryn Bigelow still has us on the edge of our seats during the suspenseful attack at the climax.

There’s been some ginned-up controversy regarding the movie over early scenes that show CIA agents torturing Al Qaeda detainees in an effort to get information about terrorist activity and OBL’s whereabouts. Critics of the movie claim it endorses torture and gives the false impression that the information that led to Seal Team Six getting Bin Laden came from details revealed during those torture sessions.

They’re wrong — it shows the opposite of what they claim, which makes me wonder whether those speaking out against “Zero Dark Thirty” have even bothered to see the film. It’s clear from the scenes in which Jason Clarke (as good here as he was in the short-lived Fox series “Chicago Code”) waterboards a prisoner that the process does not produce positive results. It’s only later, when the detainee is treated better, given food and beverage, that he opens up — and even that information is not the key factor in getting Bin Laden. The integral data is revealed when a CIA staffer discovers a long-ignored file in a cabinet, not when a suspected terrorist suddenly blurts out “Have you looked in Abbottabad?”

In 2008, I had an extended conversation with Matthew Alexander, who was the chief US interrogator in Iraq and a vocal critic of using torture to obtain information. He explained that relationship-building was the most important part of squeezing a suspect, that useful interrogation comes from brains, not brutality. I was opposed to torture on general principle before talking with Alexander, and that view was reinforced by our discussion and by Ali Soufan, the FBI’s top interrogator in the Mideast, in a 2011 interview with Lara Logan on “60 Minutes.”

The scenes in “Zero Dark Thirty” marked the first time I’ve seen someone waterboarded,and were enough to reinforce my belief that I’d be an easy subject of torture. Simply seeing a rag placed over the detainee’s face — before the water was even applied — made my claustrophobia kick in. If you ever want me to reveal secrets, don’t bother waterboarding me. Just have a half-dozen people stand uncomfortably close to me, put me in the middle seat of a crowded jet between two fat guys, or ask me to pretend I’m Charles Bronson in one of the tunnel cave-in scenes in “The Great Escape.” I’ll tell you whatever you want to know.

If you really want to make me crazy, force me to listen to the criticisms from people with an agenda who haven’t seen/read/heard whatever it is they’re criticizing. Some do it for political purposes, others do it for publicity, still others do it because they wake up cranky at Zero Dark Thirty and get worse as each day goes along.