Movie Moment At The Poker Table 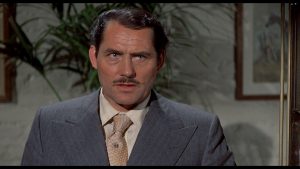 Not long ago, I was playing poker in Florida when the guy sitting next to me — who looked to be in his mid-to-late-thirties — asked where I was from. I said St. Louis, then asked him the same question. He answered, “New York.” I said, “What part?” He replied, “Five Towns.” I responded, “Oh, that was the hometown of Robert Shaw’s character, Doyle Lonnegan, in ‘The Sting.'”

He looked at me and asked, “What are you talking about?” I paused, then asked, “You’ve never heard of a movie called ‘The Sting’?” He dismissed me with a gruff, “No!” Then he turned away, indicating our small talk moment had ended.

So much for common bonds.

Before you counter that it’s not fair to expect a guy born in the eighties to know about a movie that came out in 1973, I’ll point out that I was born in 1958, but by the time I was his age, I certainly knew “Casablanca” (1942), “Citizen Kane” (1941), and “The Wizard Of Oz” (1939). And it’s not like “The Sting” was some small independent flick with a cult following. It won seven Oscars and made over $150 million at the box office — at a time when that kind of money wasn’t just the marketing budget for a “Spider-Man” movie.

The best part of the story is that three hands later, I beat him out of a big pot and was very tempted to quote Shaw in the movie’s famous poker scene: “The name’s Lonnegan. Doyle Lonnegan. You’re gonna remember that name or you’re gonna get yourself a new game! You follow?”