Movie Review: “All The Money In The World” 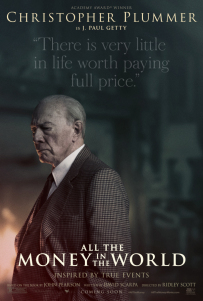 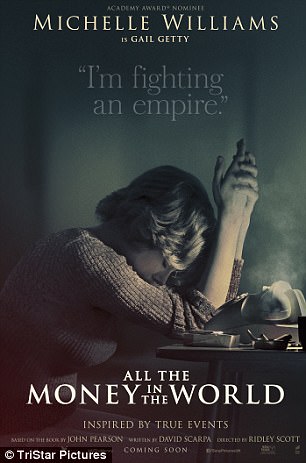 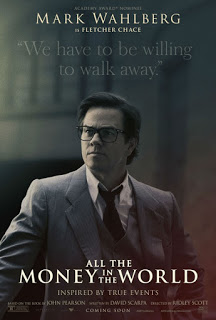 One of the positive things about the #MeToo movement has been the removal of Kevin Spacey from this movie. When the news broke with charges of Spacey’s alleged history of sexually assaulting an underage boy (and others), director Ridley Scott was stuck with a problem.  He had finished production on “All The Money In The World,” with Spacey in one of the featured roles, and was worried the scandal would kill the movie’s potential box office. So Scott convinced the studio to give him more money to re-shoot Spacey’s scenes as J. Paul Getty, replacing him with Christopher Plummer, who Scott had originally wanted for the role, but was told he had to use a bigger name.

In news stories about this, I had been led to believe it was a supporting role so small that Scott would have no trouble getting the band back together for a re-do of a few scenes in the nine days or so he had before the movie had to be delivered to make it in time for release this weekend. In reality, Plummer is in quite a bit of the movie, often in sets that are large and complex, which makes this achievement even more worthy of attention. At 88 years old, Plummer is perfect for the role, a much better option than a non-scandalous Spacey would have been while wearing prosthetics and old-man makeup.

I wonder what went through the heads of those studio execs who initially refused to allow Scott to cast Plummer when they saw the final version — but he is not the only reason to see “All The Money In The World.”

The plot involves the real-life kidnapping of Getty’s 16-year-old grandson Paul in Rome by men who intend to hold him until they get Getty to pay a huge ransom. But Getty — at that point, the richest man in the history of the world — refuses to part with even a small piece of his wealth, claiming that if he paid the ransom, his other grandchildren would be at risk of being kidnapped, too. Besides, the only thing Getty loved more than having a lot of money was getting more of it, and thus the idea of giving anyone anything was anathema to him.

Stuck in the middle is Gail, Paul’s mother and Getty’s daughter-in-law. It’s a meaty role, inhabited by Michelle Williams with the force of other female protagonists in Scott’s movies, from Thelma and Louise to Ripley in “Alien.” After too many movies in which she’s been cast merely as the hero’s wife (“Manchester By The Sea,” “The Greatest Showman,” “Brokeback Mountain”) Williams grabs the spotlight of “All The Money In The World” and runs with it in a stunning performance. It reminded me of seeing her on Broadway last year opposite Jeff Daniels in “Blackbird,” where her energy leapt off the stage.

I have heard other moviegoers complain that “All The Money In The World” doesn’t reveal much information about Paul, the grandson played by Charlie Plummer, but that didn’t bother me one bit because his back story is irrelevant. He’s merely the MacGuffin that keeps the plot rolling.

The supporting cast includes Mark Wahlberg as Fletcher Chase, an ex-CIA operative who does Getty’s bargaining in business but feels sympathy for what Gail goes through as she battles the billionaire while trying to find her son. It’s also nice to see the underused Timothy Hutton as Getty’s attorney. Still, the movie belongs to Scott’s brilliant direction and the performances of Williams and Plummer.