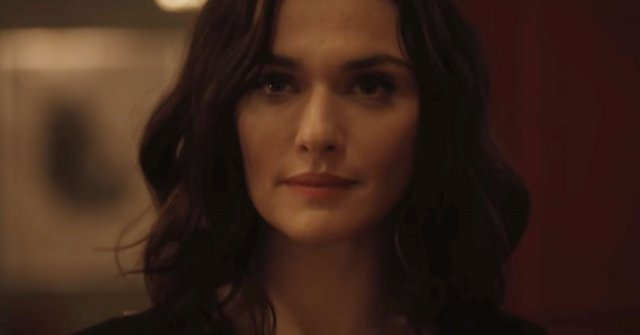 I mentioned last week, in reviewing “The Light Between Oceans,” that I’m a big fan of Rachel Weisz, who was wasted in that movie but so good in “Confidence,” “The Bourne Legacy,” “The Whistleblower,” and “Runaway Jury,” to name a few. I’ve also enjoyed Michael Shannon’s work, most recently in “Elvis and Nixon” (one of my favorites this year), as well as “99 Homes,” the Superman movies in which he played General Zod, and “Iceman,” an under-appreciated movie about a real-life hitman named Richard Kuklinski.

With Weisz and Shannon in the lead roles, I was looking forward to “Complete Unknown,” which has an intriguing story line at its core.

As the movie opens, we see a montage of the different personalities Weisz’s character has undertaken in her life — a hippie student, a magician’s assistant, an ER nurse. She’s a chameleon who lives whatever life she wants to live, then sheds all those connections and moves on to something else. In the current day of the movie, she’s Alice Manning, a scientist who makes a connection with another scientist who takes her to the birthday party of his friend, Tom (Michael Shannon). At the party, Alice tells stories of her biological research in Tasmania and her new work with an undiscovered breed of frog on Long Island. Everyone at the party is taken with her except Tom, who recognizes that Alice is actually Jenny, who left him and disappeared 15 years ago — and no one had seen her since.

That’s a pretty good premise, and the interaction between Weisz and Shannon is good, as he gets drawn into her world of pretend personalities, particularly in a segment in the middle involving Kathy Bates and Danny Glover. But then writer/director Joshua Marston doesn’t know where to take the story, and it kind of just lays there towards the end. We’re left with a disappointing mess.

The movie distributor may regret the title, as this one won’t be around long, and to most moviegoers, will remain a Complete Unknown.

I give it a 6 out of 10, and hope Weisz and Shannon both find better projects soon.