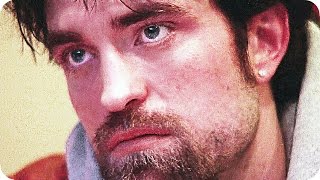 Don’t let the title fool you. “Good Time” is anything but.

It starts with Benny Safdie as mentally-challenged Nick in a conversation with a therapist. Soon, Robert Pattinson bursts in as Nick’s brother Connie, and takes him out of there. Next, we’re watching the brothers try to pull off a bank robbery and get away with a bag full of cash. When the red-dye marker in the bag explodes, covering them in paint, they find themselves chased by the cops, and things go downhill from there.

The rest of the plot involves a case of mistaken identity, a bottle of LSD, a weird trip to a closed amusement park, and all sorts of odd encounters reminiscent of what Griffin Dunne went through in Martin Scorsese’s “After Hours.” Unfortunately, Josh and Benny Safdie, the real-life brothers who wrote and directed “Good Time,” don’t have the Scorcese touch, so what we’re left with is a nightmare for both the characters and those of us watching them. The pumped-up EDM score by Daniel Lopatin is no help — it’s almost as annoying as the story it accompanies.

The only positive aspect of “Good Time” is Pattinson’s performance. He captures Connie’s ineptness and intensity beautifully, and his energy virtually leaps off the screen. Too bad he’s stuck in a fun-house of a movie without much redemption. The same can be said of Jennifer Jason Leigh and Barkhad Abdi, who have small supporting roles. She should have been able to do better after Tarantino’s “The Hateful Eight.” He was nominated for an Oscar (“Captain Phillips”) and this is the best role he can find?