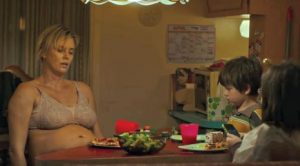 When Rob Reiner started his directing career, he put together a series of seven back-to-back great movies: “This Is Spinal Tap,” “The Sure Thing,” “Stand By Me,” “The Princess Bride,” “When Harry Met Sally,” “Misery,” and “A Few Good Men.” That’s a record that may never be broken by another director at the start of his or her career. After that, Reiner stumbled with the horrible “North,” but then bounced back with the brilliant “The American President,” followed by the so-so “Ghosts of Mississippi.” Unfortunately, from there, he’s made movies as bad as his early ones were good, including “The Story of Us,” “Alex and Emma,” “Rumor Has It,” “The Bucket List,” “Flipped,” “And So It Goes,” and more.

I thought that Jason Reitman might rival Reiner’s early success. He burst onto the directing scene with “Thank You For Smoking,” had huge hits with “Juno” (written by Diablo Cody) and “Up In The Air,” and then made the underrated “Young Adult” (also by Cody, starring Charlize Theron and Patton Oswalt — it’s on my Movies You Might Not Know list). Then Reitman hit the wall with the difficult-to-sit-through “Labor Day” and the never-gonna-see-it-cuz-it-stars-Adam-Sandler “Men, Women, and Children.”

Now Reitman is back with “Tully,” another script by Cody, and another star turn by Theron, who has become one of our most impressive movie stars. From her early roles in “That Thing You Do,” “The Cider House Rules,” and “The Italian Job,” to her Oscar-winning role in “Monster” and another nomination for “North Country,” anyone paying attention could tell that Theron was a force to be reckoned with. Sure enough, she’s now proven herself a powerhouse screen presence in “Atomic Blonde,” “The Fate Of The Furious,” “Mad Max: Fury Road,” and two “Huntsman” movies (I’ll excuse her own career stumble by agreeing to appear in the truly terrible Seth MacFarlane western parody “A Million Ways To Die In The West,” which proved how incredibly difficult it is to do a satire of that genre anywhere as well as Mel Brooks did with “Blazing Saddles”).

In “Tully,” Theron demonstrates her DeNiro-like commitment to a role. She gained some 50 pounds to play Marlo, a mother of two who is extremely pregnant with her third child, and completely overwhelmed by her life. Her husband, Drew (Ron Livingston), may be a good father, but he works full time and travels, so he’s not much help when it comes to raising the kids and keeping the house organized. Marlo hasn’t had much opportunity to do that, either, because she works in human resources for a company that makes protein bars, but with the baby about to pop, she’s just started maternity leave as the movie opens.

When the baby comes, it makes Marlo’s life even more all-consuming. There’s a montage of her being awakened night-after-night by the infant crying, then going to change her diaper and breastfeed her before collapsing back in bed. Reitman quickens the pace as he edits the interrupted nights together, and it’s exhausting to watch. The entire montage is the best argument for birth control I’ve seen in a long time. Theron plays it so perfectly she made my wife anxious with memories of going through it all those years ago with our own daughter.

But that exhaustion isn’t Marlo’s only problem. Her son Jonah is what we now call “on the spectrum,” which means he is often a handful — causing problems at school, kicking the back of Marlo’s car seat when he gets upset, screaming at random moments. It’s not the kid’s fault, it’s his brain chemistry, but that explanation doesn’t make it easier for Marlo.

When Marlo and Drew get away to have dinner with her brother, Craig (Mark Duplass), and his wife, Elyse, they encounter a world unlike theirs. The other couple has lots of money, and can afford a full-time nanny and a pretentious lifestyle and attitude that will make you want to vomit. But Craig wants to help his sister, so he gives her the number of a night nanny — who he’ll pay for. Marlo resists, but eventually calls, and pretty soon we’re introduced to Tully (Mackenzie Davis).

She’s a young woman with what used to be referred to as a “free spirit,” but she obviously cares about taking care of not just the baby, but also Marlo, who eventually lowers her shields and lets this woman take over while mom gets some desperately-needed sleep. The middle part of the movie is about the relationship between the two women and the positive impact it has on Marlo’s life. Theron and Davis have wonderful chemistry and solid comic timing in all of their scenes together.

I know I’ve told you a lot about the plot of “Tully,” but I promise I haven’t given away any spoilers, and that’s why I’ll stop recapping right here. The last thing I want to do is ruin the last quarter of the movie, which delves into some issues I didn’t see coming.

Too many other reviews of “Tully” will laud Theron for “being brave” because she doesn’t wear much makeup in the early scenes, and doesn’t shy away from showing off her overweight post-partum body. But by concentrating on that, they’re ignoring how well Theron nails the emotional aspects of Marlo, and shows us yet another aspect of her prodigious talent.

I’m also happy to say that “Tully” puts Reitman back in the win column. I give it an 8 out of 10.