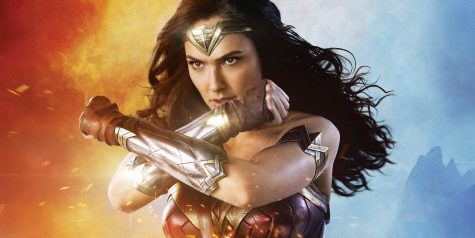 Not being a fan of comic books or most of the movies based on them, I don’t know the difference between the Marvel universe and the DC universe. I don’t know which superhero belongs to which company, or how they interact with the other superheroes under that corporate umbrella.

I also don’t know anything about Greek mythology. Whenever it comes up as a category on “Jeopardy,” I can randomly name a few, but have no idea what their powers were. If you asked me who Hippolyta was, I would have guessed it was one of the health care forms I filled out at my last doctor’s visit. I also tend to confuse the Greek gods and goddesses with their Roman counterparts, and frankly lump all of them into the same category as all other invisible non-existent paranormal characters of any culture.

So, when I walked into “Wonder Woman,” I was a blank slate, except for knowing that Lynda Carter played her in the campy 1970s TV incarnation (after a failed TV movie with Cathy Lee Crosby in the title role), and that the movie was going to be an origin story which might help me understand the character.

Here’s what I learned. Diana was a young girl who lived on an island that contained no men, only strong, beautiful women who were called amazons even before Jeff Bezos was born. Diana had been molded from clay by Zeus, or at least that’s what she’d been told. It’s the kind of story you tell your kid when you don’t want her to know the truth (e.g. “no, your favorite dog didn’t die, we sent it off to live on a farm a couple of hours from here that you can never visit”). I think Diana’s mother, played by Connie Nielsen, snuck off behind the mountain with Zeus one afternoon and nine months later had a little Wonder Baby — but what do I know?

Unlike all the other females on the island, Diana grows older, and along the way, she’s trained to be a warrior by her aunt Robin Wright (imagine Clair Underwood from “House Of Cards” with a sword and headgear). Then one day, a plane bursts through the shield that has kept Amazon Island from the world’s view and crashes into the ocean. Diana, who has matured into Gal Gadot, dives into the water and saves the pilot, Chris Pine. Knowing less about the outside world than I do about quantum physics, she’s shocked to hear that elsewhere on Earth, there is a raging “war to end all wars” (they were so naive a hundred years ago). After a battle on the beach with the German navy, whose guns and mortars stand no chance against women warriors on horseback with bows and arrows, Diana decides to leave the island to end the war.

At that point, if I’m Chris Pine, I tell her I’m going to stay behind on this beautiful non-dystopian island full of amazing amazons and live a happy life for a couple more decades. But Chris feels more of a sense of duty to save the world than I do, so he takes Diana to London where there’s not only a war to fight, but a bed to lie down in together (I refer you to every episode of the original “Star Trek” in which Captain Kirk is asked by an alien woman, “Kiss? What is kiss?”).

This is where the film bogs down for a while, as we’re introduced to some British bureaucrats and an evil German general, whose sidekick, Dr. Poison, is developing a chemical weapon that will wipe out pretty much everyone. She also gives the general some other chemical formulation to inhale that makes him super strong. Chris Pine is determined to stop them and recruits three misfits for his team who are also supposed to provide some comic relief (ha! comic!), but fall flat.

At this point, it seems like we’re headed for a showdown between Wonder Woman and General Enhancement, with Chris Pine and his buddies along for the ride, but then comes The Twist. I won’t spoil the last 20 minutes of good-versus-evil for you, other than to say I would not have guessed that one actor could steal every scene in which he appears in both the summer’s biggest action movie and the TV series “Fargo.”

I liked Gal Gadot last year opposite Jon Hamm in “Keeping Up With The Joneses,” but she’s even better as “Wonder Woman,” and it’s good to finally see a female role model as the lead character in a superhero movie. Director Patty Jenkins does a very good job with the action sequences and gets good performances out of the cast. Unfortunately, the battle royale at the end of the movie is beyond ridiculous, and the whole film is too long at two hours and twenty-one minutes (less if you don’t stick around for the endless credits, which do not include any scenes from the inevitable “Wonder Woman 2”).

I give “Wonder Woman” a 6.5 out of 10 because I enjoyed most of what I saw — even if, after seeing it, I would still fail a test on either the DC universe or Greek mythology.