Music To Wash Cars By

Here is my complete list of the best songs ever made about car washes: 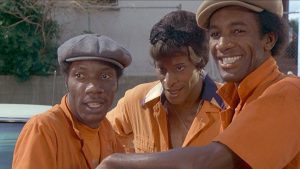 One of the favorite calls I ever got on the request line while working at a Top 40 radio station was a young woman who wanted to hear the song that mentioned her boyfriend’s name. She even told me the lyric: “Phillip and you don’t have to pay.” I barely suppressed my laughter at the way she’d heard the actual line — “Fill up and you don’t have to pay” — and that she didn’t know the title, even though it’s sung more than any other words in the song. When it came up in the rotation, I dedicated it, Casey Kasem-style, to her and Phillip. 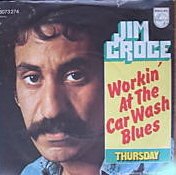 2) “Working At The Car Wash Blues” by Jim Croce. He died in September, 1973, but ten months later was still popular enough that his record company released this song from his “I Got A Name” album as a single. It was his last Top 40 hit (being dead and all), and the only one to contain the line, “I got them steadily depressing, low down, mind messing, workin’ at the carwash blues.” Surprisingly, no one ever asked me to play it for their romantic partner.

This completes my list of the best songs ever made about car washes.