My Brother Explains The Jobs Report 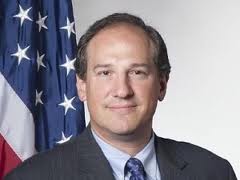 When the Labor Department announced yesterday that the unemployment rate had fallen from 6.7% to 6.3%, with 288,000 jobs created in April, it sounded like good news. But there are many layers to these reports, so I asked my brother Seth (former Acting Secretary Of Labor) to join me on America Weekend to dissect the information. He discussed the groups that are still not part of the work force, those who have given up looking altogether, and what the future trend must be in order for us to be optimistic about the US economy.

We also discussed raising the minimum wage, which suffered a setback Tuesday when Senate Republicans blocked an effort by Democrats to increase the federal standard to $10.10 hour — in the same week that the city of Seattle announced that it will raise the minimum wage to $15/hour, the highest in the nation.

Seth is now a Distinguished Scholar at Cornell University and Counsel at law firm Dentons.