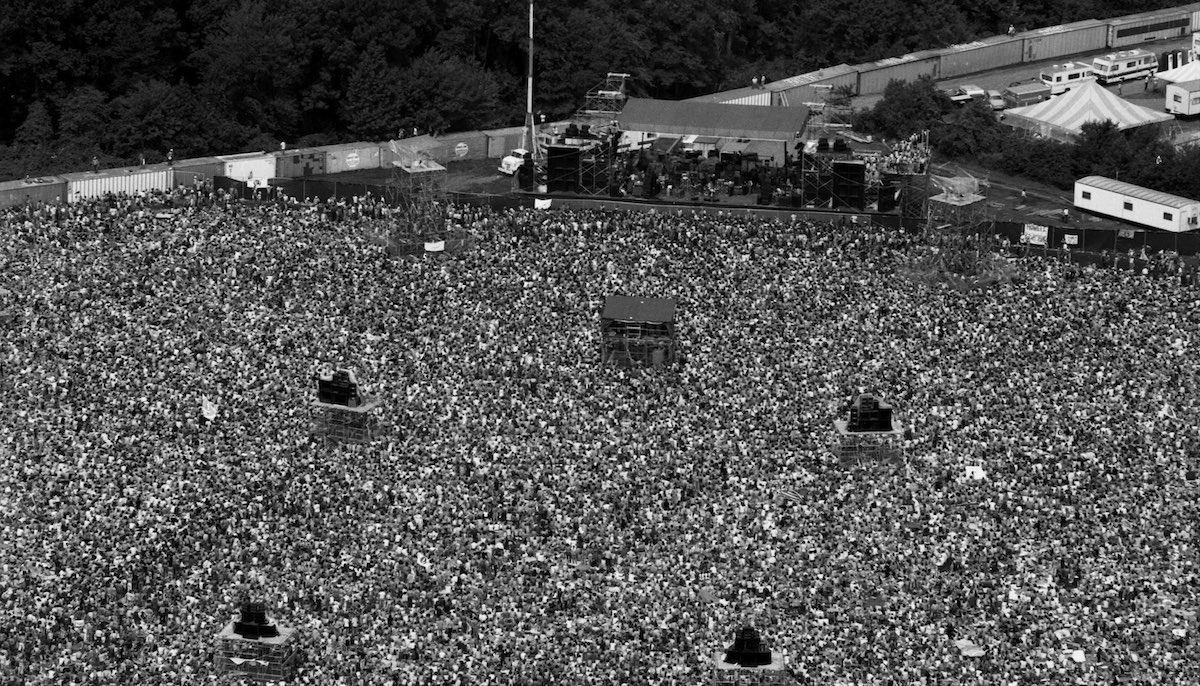 I was in the Chicago area this weekend, but did not attend one of the Grateful Dead’s “Fare Thee Well” concerts at Soldier Field for two reasons:

I lit up from Reno, I was trailed by twenty hounds…

Phil jumped up the air, turned to us and said, “It’s ‘Friend Of The Devil!’ Wow! I’ve never heard this version!” I looked around at other Deadheads nearby and saw the same reaction on their faces. The crowd was blown away.

They played another song or two, then announced they were taking a break, but would be back soon. In concert parlance, “soon” has no relative meaning. In this case, it meant an hour later, when The Dead returned for their second set, in which they played mostly material from the new album, capped off by their best-known tune, “Truckin’.” The hundred-thousand held aloft lighters and kept cheering until The Dead returned for an encore that consisted of the 16-minute “Terrapin Medley” from the album’s second side, and then said good night. Yes, the long day had turned into night.

By that point, we were pretty wiped out as we collected our now-empty coolers and other paraphernalia and started the long slog back to the car. None of us had any idea where we’d left it, but once again, we joined the sea of humanity down the main road until we found it, somehow got it turned around and inched our way back to the Turnpike and headed north. I didn’t get home until 4am Sunday, happy to have had the adventure, but so exhausted that it was all I could do to climb the stairs and fall into bed, where I pretty much lay the entire day — bringing new meaning to the phrase Dead Tired.

Nearly four decades later, I can’t imagine doing anything like that again. But I’m sure glad I did when I was 19.