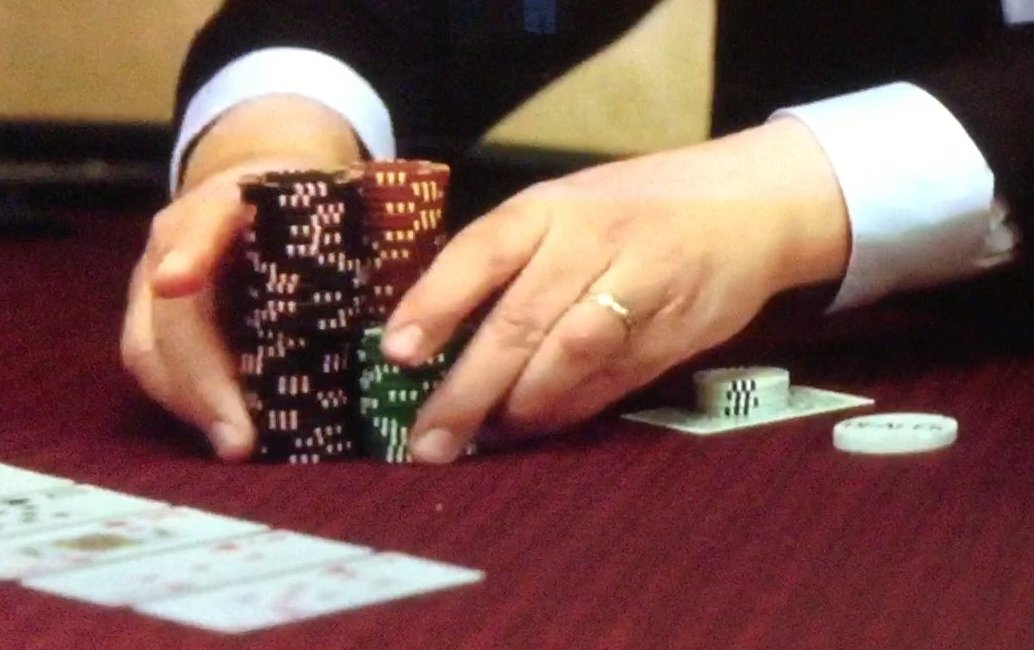 This is Part 3 of the notes I took in February, 2014, while filming a scene in “Mississippi Grind,” a movie about two gamblers (Ryan Reynolds and Ben Mendelsohn) on the road, written and directed by Anna Boden and Ryan Fleck. It opens tomorrow in St. Louis. Read Part One here, and Part Two here.

When we get back on the set, it’s time for the cameras to be pointed at me. Cinematographer Andrij Parekh and the camera and lighting crew readjust and re-measure everything. During these pauses in the action, the main actors don’t stay on the set, so stand-ins take their places. The guy doubling for Ben Mendelsohn is an easygoing young actor named Lucas.

One of the other extras comments, “Okay, Paul, this is your big scene!” I hear a bit of jealousy in his voice, but as I laugh it off, I realize that he and Lucas and most of the others who have been “background” on dozens of movies and TV shows must be wondering why they’re not sitting in my seat.

Before the first take, Ryan comes over to me and says, “Okay, Paul, this time we’re on you. It’s just a poker game, so you know what to do.” I nod and he returns to join Anna at the video monitor. It’s clear that they tend to let their actors figure out how to play the scene the way it’s most comfortable for them. That’s about the only direction they gave me all day. While I had no lines to deliver, they let me choose how to play my part in a poker showdown, from how intently I stared at Ben to where to put my hands or how to move the chips and cards. I simply did it the way that was most comfortable for me, then kept doing it that way over and over.

When everything is ready, Lucas gets up and Ben sits down. We do several takes of the scene, some from the top, some from the middle. Through all of them, I play my part pretty much the same way every time, but Ben ad-libs a little, knowing that Ryan and Anna will pick and choose when they get around to editing it all. Then we have to do some pickups, where the camera zooms in to see my eyes, or a glimpse of Ben’s cards as he peeks at them, or the pile of chips in the pot.

And we’re done, just as the clock moves towards 3am: “That’s a wrap!”

As the other extras file out, I talk to Ryan and Anna for a few minutes. They both say I did a good job and hope I wasn’t too bored. I tell them it was a very interesting experience, and I really appreciate the opportunity.

I ask about the timeline of a production like this, and they say they’re on the fifth day of a 28-day shoot in New Orleans. Ironically, the scene I was in takes place in St. Louis. They’ll go there for one day to shoot some exteriors, including The Arch, next month. They’ll also do one or two scenes in Biloxi, Tunica, and Mobile. After that, it will take a few months to edit and score and finalize. Then they hope to get it into some film festivals like Sundance early in 2015 (that’s where they got their big boost with “Half Nelson” 8 years ago).

Ryan fills me in on the backstory of what’s happened in the film before today’s scenes, but says I’ll have to wait for the final product to find out the rest of the plot. I comment that I’ll look forward to seeing it, but won’t be surprised when my scene ends up on the cutting room floor (an archaic term now that everything’s digital). They laugh, and we say goodbye.

I return to the holding area, where most of the other extras have handed in their pay vouchers and gone home. I have to take off the bow tie and put my own shirt back on, and then join the last ten or so extras walking to the wardrobe truck – a couple of blocks away – to return the clothes and our vouchers. From there, I walk 5 blocks back to my hotel through a very chilly downtown New Orleans and my movie adventure comes to an end.