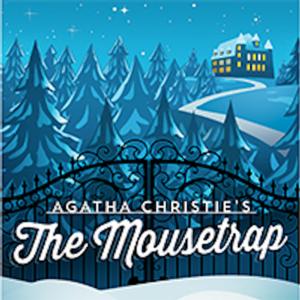 I took my wife and daughter to the St. Louis Rep’s production of Agatha Christie’s “The Mousetrap” this afternoon. We enjoyed it, even though my wife figured out who the killer was before intermission, long before it was revealed in the plot.

She has a lot of experience with this because she reads a ton of mystery novels and usually unravels them fairly quickly. In fact, she’s gotten in the habit of marking where she is in the book when she figures it out. It’s always remarkably early and she’s correct about 90% of the time. I remember when we both read Scott Turow’s “Presumed Innocent” and she had it nailed in chapter four. I didn’t fully understand what happened until it became a movie.

I can never figure these things out, which is probably why I stick to non-fiction. In that way, I’m a bit like my father. He wrote ten non-fiction books for young adults, but always wanted to pen the Great American Novel. Unfortunately, though he was a brilliant historian, he didn’t have the kind of mind that could invent the intricate web of deception necessary for a good crime story. Like me, he loved movies about con men, but both of us would always fall for the scam and get taken for the full ride, only to be surprised by the twist at the end.

When my wife and I watch a mystery together, the only thing I’m sure of is that she’ll be able to explain it all to me afterwards.