No Fireworks In The House 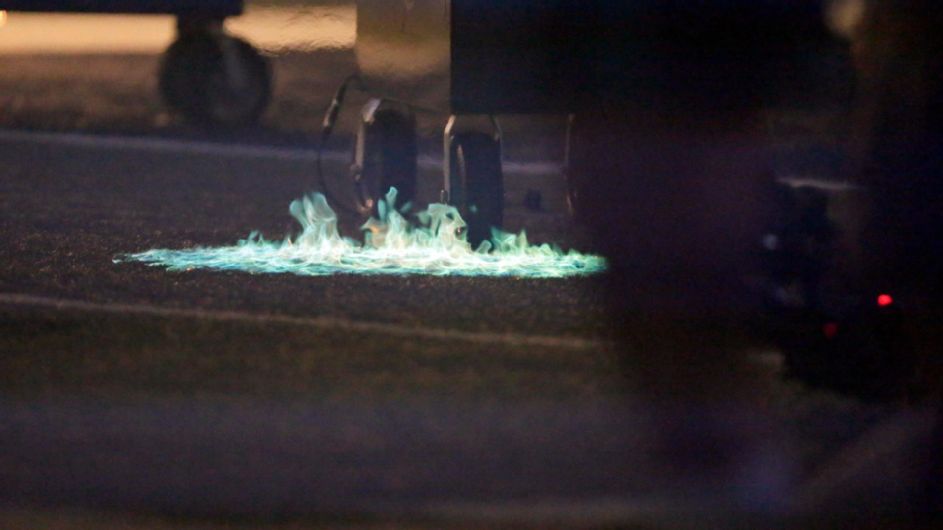 The fire on the field before yesterday’s Rams-Steelers game served as a good metaphor for what’s happened to football in St. Louis recently. The team seems like it’s trying, but something always catches fire — not in a good way — and causes a burning sensation. I wonder whether the burnt patch of astroturf will ever be fully repaired/replaced, what with Rams owner Stan Kroenke’s publicly-expressed desire to move the team to Los Angeles, and the city’s plans for a new stadium on the riverfront (which I don’t want to be paid for with a penny of our tax money). It’s like that hole you kicked in the wall of your den — probably while watching the Rams lose again — if you’re not gonna live there anymore, why patch it?

The part that hasn’t been addressed much is the idiocy of indoor pyrotechnics, which created yesterday’s problem. Besides the risk of setting part of the field ablaze, fireworks create a haze that lingers over the crowd. In an outdoor stadium, that haze can lift into the fresh air with a nice breeze. Indoors, it has to get sucked up into the ventilation system, which takes longer.
I experienced this in person at Super Bowl XXVI at the dome in Minneapolis (watching the Redskins beat the Bills). I was sitting low enough that my view wasn’t obstructed too much, but those in the upper level must have missed much of the first quarter while trying to simultaneously see and cough their way through the smoke.
Incidents like yesterday’s may not occur often, but how many times would a child have to drop a lit sparkler on your carpet, causing a run for the first extinguisher and leaving scorch marks behind, before you announced a policy of No Fireworks In The House?