Not So Much With The Hotness 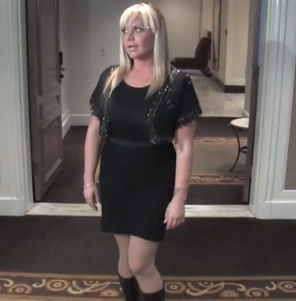 Here’s a Knuckleheads In The News® story you’ll enjoy.  The details:

By the way, she’s not that hot, unless you’re casting for a new season of “Jersey Shore.”  And since when does an employer not have the right to tell an employee their clothing isn’t appropriate, even if they’re selling lingerie?
One question I’d like to ask the Orthodox Jews who ran the place: which of your thongs do you suggest a female customer purchase for an occasion where she won’t be allowed to sit near or dance with any of the men like, say, at any of your religious gatherings?