Not Watching The Olympics 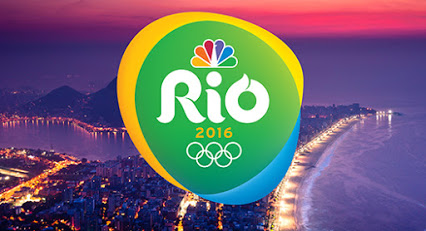 I am not watching the Olympics. There, I said it. Oh, I come across it now and then as I flick around the channels, but I’m not devoting any real time to it.

Neither are a lot of other people. The ratings are way down from last time in London, indicating you have found something better to do than observe athletes competing in sporting events you couldn’t care less about. Be honest — other than in these quadrennial get-togethers, do you ever watch archery, judo, or rugby?

I mention those three because when I went out for breakfast the other morning, the restaurant had the TV tuned to the Olympics as those events played out, and three women at the next table were watching intently and providing running commentary on everything that happened on screen. They referred to the US team in the first person plural, as in “we were in the lead until that shot, and now we’ll have to hit a bullseye to win.” That’s the kind of in-depth archery analysis you can only get from someone with a mouthful of spinach-and-feta omelet.

Fencing, field hockey, team handball, weightlifting. Those are the events that used to make up the weekly programming for ABC’s “Wide World Of Sports” and, along with track and field, swimming, and gymnastics, that’s what should make up the Olympics — not sports that already have global media attention, like basketball, tennis, and soccer. Those pros have plenty of championship events of their own. Leave the Olympics to badminton, kayaking, volleyball, and water polo.

NBC is streaming every event in every sport, but even those numbers aren’t very large. Face it — who, other than relatives of the players, is desperate to watch team handball or field hockey? It reminds me of when my daughter played cello in her school’s orchestra. As her parents, of course we attended every performance. How many members of the community not related to one of the other musicians were there? None.

Which is exactly the amount of people watching Olympic taekwondo and skeet shooting.

I will admit that there is one event at the Rio games I am looking forward to, although I can’t find it on my DVR guide. When are the swimming-in-sewage heats scheduled to begin? That must be the most anticipated water-related event since Ryan Lochte and his teammates were robbed at gunpoint (with no NBC cameras there to stream the mugging, unfortunately).